Ghosts and Ghouls Are Scary, but Not as Scary as Factory Farms

This four-day conference will bring together leading experts on factory farming issues to work directly with those who are most impacted.  Registration is open NOW  and you can find more information by  clicking here  or by emailing  katiee@sraproject.org.

Greetings from SRAP, and Happy Halloween!

As we head further into fall, we take a moment to reflect on the past season which has been one of  SRAP’s  busiest yet, with new requests for support coming through our  SOS hotline  from across the country, including Illinois, Indiana, Iowa, Kansas, Minnesota, Missouri, South Dakota, Texas, and Wisconsin. Our team has stayed busy through the summer and into fall, working directly with community groups fighting to protect themselves from the damages that would be caused by the construction of new CAFOs.

On the Eastern Shore, SRAP helped organize community members in Milton, Delaware, who came together in a standing-room-only meeting to send a loud-and-clear message to state environmental officials that they don’t want a  poultry wastewater disposal facility  near their homes. SRAP’s own Maria Payan also played a role in helping to  tighten permit requirements  for Blessing’s Blends, a Milford, Delaware, composting operation with a history of zoning violations and complaints about odor and flies due to mismanaged waste.

In Panhandle, Texas, residents successfully organized to prevent the construction of a dairy CAFO that would have been sited upwind of the community and near water wells at risk of contamination. After an outpouring of public opposition, which included hundreds of residents attending public meetings to express their concerns, the operator  withdrew the permit applicationfor the facility.

Residents of  Worth County, Iowa, continue to strive to protect their community from the threat posed by factory farms, recently rallying to oppose several new CAFOs proposed for construction in the county. Although Iowa has experienced an ongoing influx of factory farms due to public policy that promotes industrial livestock production, groups like Worth County Against CAFOs demonstrate that Iowans will continue to push policymakers to prioritize people over agribusiness profits. Iowans in Wayne County had some great news when a hog factory withdrew its permit after SRAP  helped draw attention to a waterway  that would require the facility to be regulated under the Clean Water Act.

The tireless efforts of residents of Leavenworth County, Kansas, recently prompted a dramatic turn of events. After poultry giant Tyson Foods, Inc. announced plans to build a $320 million facility capable of processing 1.25 million chickens per week in Tonganoxie, Kansas, members of the surrounding community organized, rapidly building and mobilizing an extensive coalition to oppose the construction. A recent meeting with local representatives drew a crowd of more than 2,000 people, causing officials to vote to rescind an offer of $500 million in industrial bonds that had previously been extended to Tyson. In response,  Tyson published an open letter  indicating its intention to put the construction plans on hold. 

Local residents are not yet declaring victory, as the company has  announced plans to  explore Sedgwick County. However, it’s apparent that if Tyson ultimately decides to pursue its plan to build the facility, the corporation will encounter overwhelming community opposition at every stage.  Our team has hit the ground running, helping the Sedgwick County citizens get organized.

And last but not least, our organizers have remained busy up in North Dakota with SRAP’s Chris Peterson speaking at an  event hosted by Lake Region Concerned Citizens in Devils Lake. SRAP’s Scott Dye also spoke at an  event in Cassleton, North Dakota, hosted by the Dakota Resource Council.  Both events were great successes and generated much-needed publicity about the negative effects of CAFOs.

As community organizers and sustainable food systems advocates, we take pride in these success stories, and gain inspiration from all of the many individuals involved. We hope they’ll have the same effect on you and your communities. And don’t forget to sign up for the  2017 Factory Farm Summit!

P.S. If you’re interested in seeing specific issues covered in our newsletter, send your suggestions to news@sraproject.org. You can read previous issues of our  newsletter here. 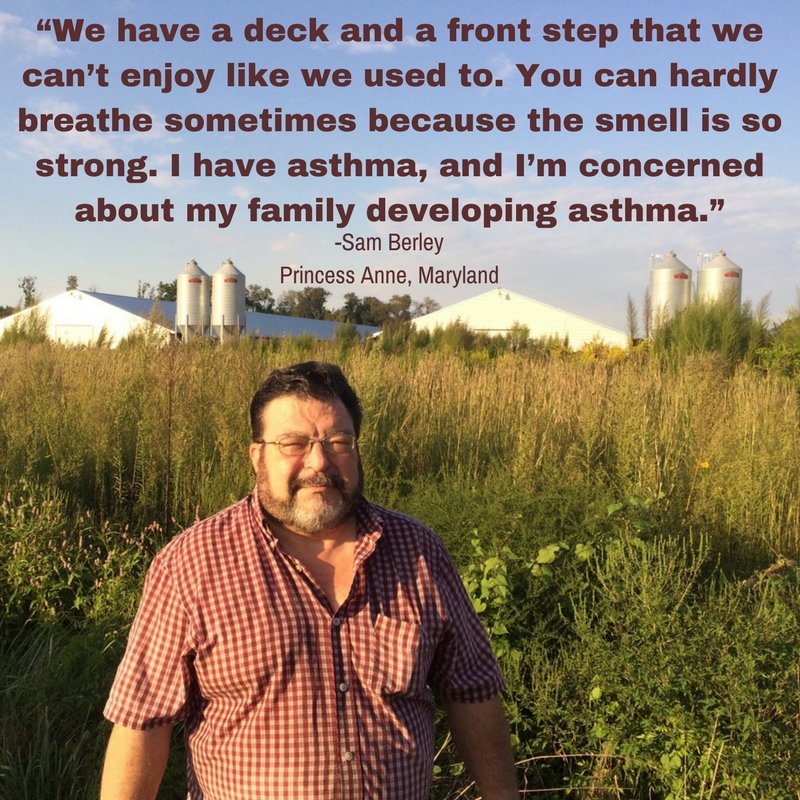 I guess in his mind he was being a good neighbor, but I don’t think he was. You don’t go to someone’s house and say, ˜Here. Here’s a picture of how I’m gonna destroy the value of the most expensive thing you’re ever gonna buy.’  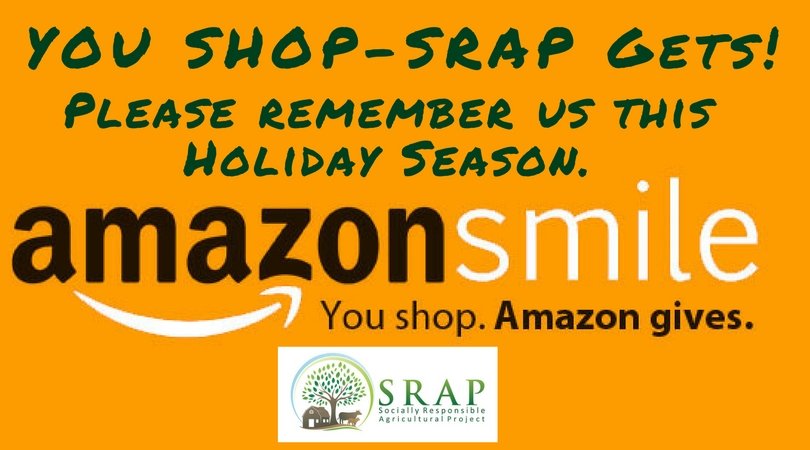 Did you know you can support SRAP and our mission by doing your shopping at  Amazon  this holiday season?  It’s simple, just go to  Amazon Smile  and start shopping!

Amazon will give 0.5% of any purchases to SRAP. You can ask family and friends to support us at  Amazon Smile,  too.  It’s an easy way to support our mission to empower rural communities to protect themselves from factory farms!

Des Moines, Iowa,  November 6th: SRAP’s Diane Rosenberg will be speaking at the monthly meeting of the Women’s International League for Peace and Freedom on the Iowa Alliance for Responsible Agriculture’s legislative outlook for Iowa in 2018. For more information, please email  dianer@sraproject.org.

Springfield, Illinois,  November 7th:  SRAP’s Danielle Diamond and others will be testifying at a legislative subject matter hearing to educate policymakers in Illinois on the failure on Illinois’ regulatory program overseeing CAFOs and the need for local control. For more information, please email  karenh@sraproject.org.

Baltimore, Maryland,  November 9-11th: The Northeast Sustainable Agriculture Working Group is holding their annual “It Takes a Region” Conference. SRAP’s Maria Payan and Craig Watts will be speaking at the conference about “Consolidation and Power in the Poultry Industry.” For more information, please click  here.

Santa Fe, New Mexico,  November 14th: The New Mexico Quality Control Commission (WQCC) will hold a public meeting at the State Capitol in Santa Fe. The WQCC will be considering proposed amendments to the state’s ground and surface water rules that would severely weaken protections for citizens impacted by CAFO’s and other types of polluting industries. For more information, please click  here.

Greenfield, Iowa,  November 30-December 1st: SRAP’s Diane Rosenberg will be a panelist at the Iowa Farmer’s Union Convention where she will join Jen Terry, Executive Director of the Iowa Environmental Council, for a panel discussion on water quality in Iowa. For more information, please visit:  iowafarmersunion.org/upcoming-events/events-calendar/

Ocean City, Maryland,  December 7-10th:  Save the date for SRAP’s  Factory Farm Summit.  Registration is open NOW  and you can find more information by clicking  here  or by emailing  katiee@sraproject.org. 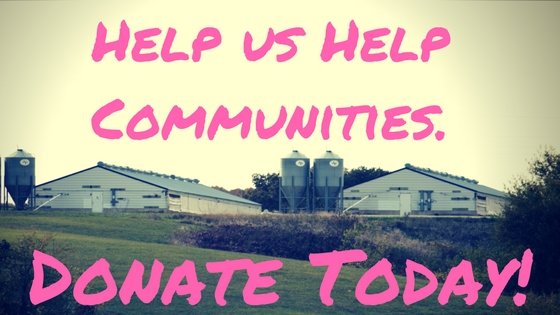