Your community can rebuild its local food processing infrastructure in multiple ways. If you have a sufficient animal supply, a market for locally produced meat, storage capabilities, and processing opportunities, an MMPU can provide a solution when other humane slaughtering options are not available.

In 2007, SRAP heard from a number of farmers and ranchers who were having a difficult time finding viable options for humanely slaughtering and processing their livestock for local sale. Many of these producers had to travel hundreds of miles to deliver animals for slaughter and later make the long trip back to pick up the meat. Not only did the trip stress the animals, producers were losing profits by paying up to  $5 per gallon  for gas and diesel fuel.

To address this problem, SRAP began working with Midwestern producers to develop an alternative processing infrastructure. This effort led to the MMPU concept, which would help alleviate their processing dilemma. This project’s goal was to build a state-of-the-art MMPU,  as economically as possible,  to serve as a prototype for producer communities nationwide. Through the Renewable Harvest program, SRAP completed the research and development needed to build the MMPU and conducted production and operating cost analyses, which are shared with communities considering building their own MMPU.

The MMPU can process 10-20 head of cattle daily into hanging halves and approximately twice as many hogs, goats, and sheep. The halves can be immediately stored in the trailer’s refrigeration section until they can be transported for processing.  In 2011, Renewable Harvest’s MMPU became USDA-certified and went into full production, processing cattle, goats, and pigs at Callicrate Ranch in St. Francis, Kansas. In 2012, the unit was also approved for use on Animal Welfare Approved (AWA) farms and ranches. 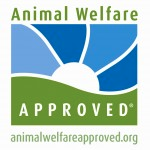 Renewable Harvest’s MMPU continues to serve as a model for other MMPUs that are in various phases of production. Second generation  trailers are now operating in Colorado and Florida, and a third is planned for Hawaii.

The original MMPU still resides at Callicrate Ranch, where it functions as a demonstration unit for producers and residents who are considering an MMPU for their community. In addition, SRAP is currently developing an academy at Callicrate  to give aspiring MMPU owners, butchers, and entrepreneurs the opportunity to take hands-on classes and acquire the specialized skills needed to rebuild their community’s food processing infrastructure.