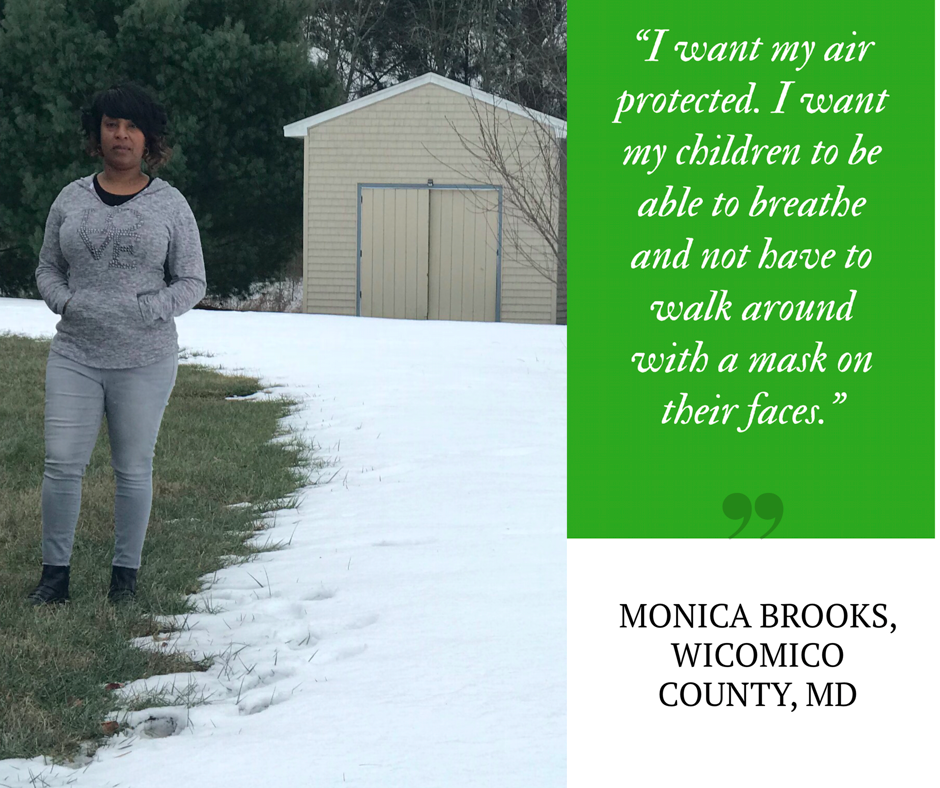 After working for Motown Records, she decided on a life change and headed east to attend bible college  While there, she met and married her husband. Monica quickly embraced the community and its rural lifestyle, and put down roots in Salisbury. Living a much quiet rural life was a real surprise, but she never imagined that she’d also become involved in a turbulent two-year fight to protect her community’s air and water from the threat of a poultry concentrated animal feeding operation (CAFO) coming to her new home.

Known as the Crossroads of the Delmarva , Salisbury is an agricultural and commercial hub on the Eastern Shore. Nearly 60 percent of the land in Wicomico County is open and undeveloped. For over ten years, Monica, her husband and their daughter Arabella have lived in a nice quiet neighborhood with plenty of open space. It’s the perfect area to raise a family. That is, until someone applied to build 13 massive poultry barns less than a mile from their home. Monica was shocked and angry when she learned what would be coming and she took action.

Once I found out, I instantly starting making flyers and I started an online petition the same day. But first, I had to get myself educated about exactly what it was because I really didn’t know.

What Monica discovered was that the CAFO would bring more than just poultry. With it would also come life-changing risks to the community’s public health, environmental safety, economic stability and quality of life. With most of the community relying on well water, it was a true community emergency for Monica and her neighbors.  She knew local residents had to resist or lose the security of their homes to the coming CAFO pollution.

Some in the region used the media and public comments to accuse  Monica and CCAIC as anti-agriculture and anti-meat activists, arguing that the poultry industry brought much-needed jobs onto the Eastern Shore. Yet CCAIC kept to its simple goal and message.

And in the end their commitment to their families, friends, environment and community worked. Monica and the group have successfully delayed the proposed massive poultry CAFO for two full years. Now in the early part of 2018, a victory may be here. The planned CAFO has still not broken ground — and time is ticking, as the approved permits are only valid until February. While rumors are swirling Monica remains hopeful and ready to continue the fight if needed.