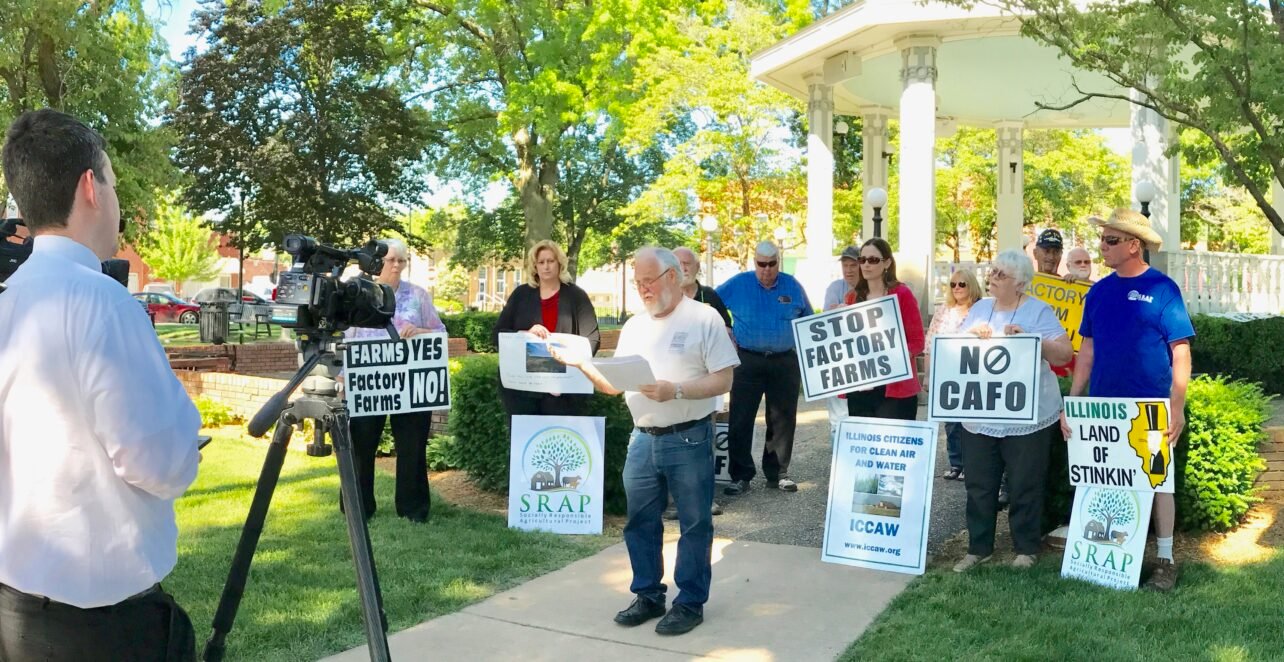 TOPEKA, KS FEBRUARY 19, 2018 The Kansas State Senate is poised to consider State Senate Bill 405  a sweeping, pro-industrial poultry piece of legislation that could place countless rural communities just one-quarter mile from complexes of more than 330,000 chickens. Dubbed the Tyson Bill after the Arkansas-based poultry corporation that failed twice in 2017 to land massive chicken processing plants in Kansan counties, the legislation is designed to blunt sound regulatory barriers that protect Kansans from the harsh impacts and long-term effects of industrial-scale animal operations.

“Big Chicken lives on big production, says Craig Volland, agriculture chairman of the Sierra Club Kansas Chapter. To satisfy that goal they need to weaken Kansan setback requirements. The Tyson Bill gives them just that and opens the door to a variety of potential health hazards for down-wind residents, such as infections and respiratory diseases.”

To protect the chickens housed in large-scale confinements from noxious particles and gases, powerful fans in the massive 500 to 600 feet long barns run constantly to exhaust air from poultry production houses. That air is ventilated away from the chickens and out into the surrounding landscape and communities. Under SB 405, as many as eleven CAFO barns could be constructed at sites in suburban and rural areas, and those with up to 99,000 birds could be located a mere 100 feet from a neighbor’s property line.

When you change the laws to fit one industry’s needs, it’s time to table the bill and start again, said Volland.

SB 405 also hands major poultry corporations the ability to construct tightly-packed networks of up to 400 sprawling chicken barns within 30 miles of an industrial slaughterhouse. In a controversial refiguring of a standard Kansan agricultural formula, the animal unit conversion factor  used to determine the permitted quantity of animal waste produced at a location would be reduced. Even what appears to be a fractional drop in that regulatory number would result in more chickens housed in tighter spaces sited closer to residents and vulnerable communities.

Many people, including some of our state legislators, do not understand the potential negative impact of this bill,” said Mary Fund, Executive Director of the Kansas Rural Center. “A slaughterhouse could be placed just about anywhere, so there needs to be careful and serious consideration of the quality of life and environmental impacts on those who live close to the complex of production barns near a processing plant.

Additionally, passage of the legislation, could have a costly and damaging impact on Kansan farmers and farming communities.

The industrial poultry model used by industry giants such as Tyson brings with it a system of contract farming that has harmed American farmers and rural communities for decades. Employing rigid and unfair contracts, along with severe corporate management practices that leverage debt and the absence of competition, the business of corporate poultry has ruined the economic lives of farming families in traditional chicken farming states across the Southeast and mid-Atlantic.

ve lived it. The industrial poultry system has the power to destroy the lives of farmers, said Socially Responsible Agricultural Project’s Craig Watts, a former Perdue contract grower and nationally recognized industry whistleblower from North Carolina. There is no respect for the farmer despite how important they are to the business. One-sided contracts that bleed a farmer dry are part of the plan.

With the possible requirement for hundreds of poultry growing operations across the state to feed into rigid slaughter requirements, Kansan farmers are at-risk for financial and quality of life impacts that many America farmers already know and regret.

cant think of a worse situation to accept into your family, your community or your state, said Watts.

For a Fact Sheet on the Tyson Bill (SB 405), please click here

Socially Responsible Agricultural Project (SRAP) provides free, professional assistance to communities working to protect themselves from factory farms and their impact on local communities and populations, and to those who are trying to reclaim agriculture by producing and marketing sustainable agricultural goods.  More information can be found at www.sraproject.org.

The Kansas Chapter of the Sierra Club is part of the nation’s largest and most influential grassroots environmental organization — with three million members and supporters. In addition to fighting industrial and agricultural pollution in Kansas, we promote sustainable food systems that protect our water and air quality.  More information can be found at https://kansas.sierraclub.org.