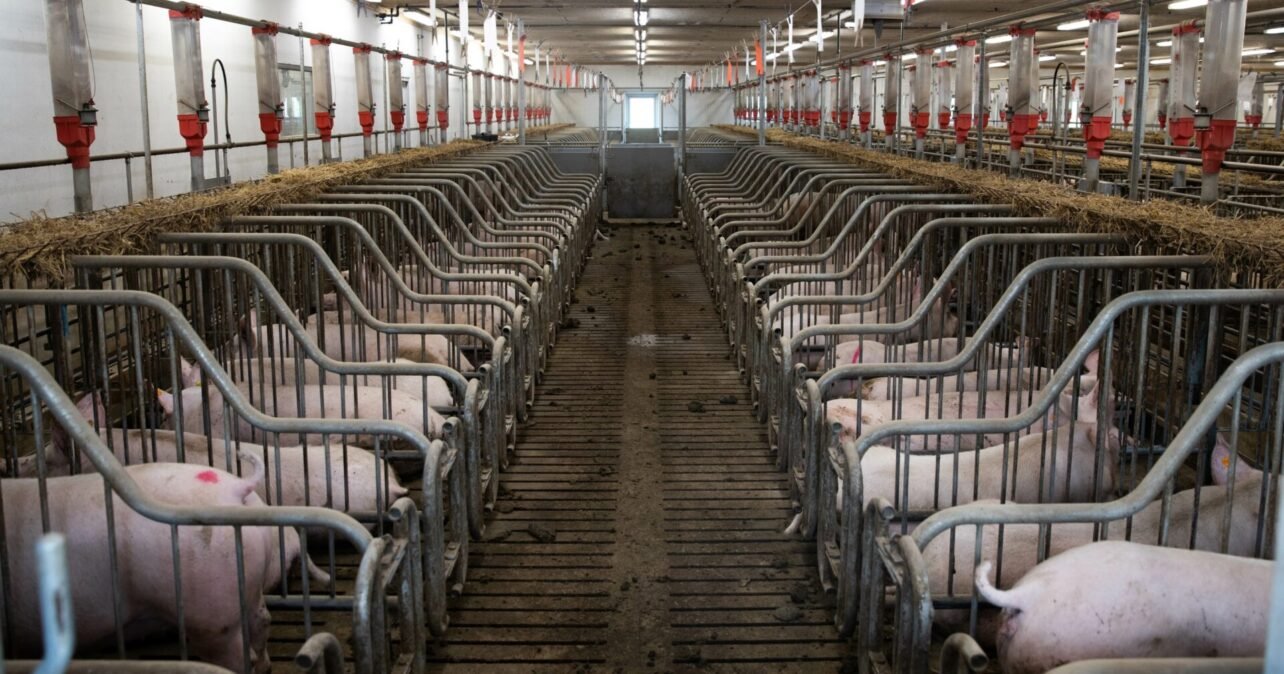 SRAP filed an Amicus Brief in August on behalf of 17 organizations across the country, highlighting the connection between growing consolidation and anticompetitive behavior rampant in the food system. The brief also demonstrates how California’s Proposition 12 benefits independent and sustainable U.S. farmers.

SRAP’s position challenges the perspective of the National Pork Producers and American Farm Bureau Federation, who oppose Prop 12 because it will disrupt the market control of the multinational meatpackers they represent. The brief advocates for farmers outside of the hyper-concentrated supply chain, and raises strong antitrust concerns.

“The Big Ag lobby spends millions shaping every branch of government in favor of the corporate giants they represent. This case is simply about them trying to establish precedent at the highest court to prevent voters from setting basic standards about how food is produced.”

Greg Gunthorp of Gunthorp Farms, based in LaGrange, Indiana, and board member of the Indiana Farmers Union, said:

“The petitioners, many of which are multinational corporations who are foreign-owned, are enjoying record profits while many small farmers struggle to make ends meet. In fact, just over the past 19 years, between 1993 and 2012, the U.S. lost about 70 percent of its hog operations. Farmers and rural communities continue to deal with the economic and environmental devastation these corporations and their web of factory farms creates.”

SRAP and its partners believe the lack of healthy competition in the pork industry has led to lower prices paid to livestock producers, higher prices charged to customers, and has eliminated customer choice.

Prop 12 recognizes that the market for sustainably raised pork is growing, and fosters healthy competition and economic opportunities for small, independent farmers.

Independent family farmers across the country support the rights of voters to set standards on how their food is produced. SRAP understands that many farmers were already compliant with Prop 12 before it passed, and others have invested to become compliant.

SRAP and its partners believe laws like Prop 12, that disrupt the stranglehold agribusiness has on the industry, will create opportunities for America’s independent family farmers.

“If the Justices of the Supreme Court side with National Pork Producers, they will be putting their thumb on the scales of the market in favor of corporate meatpacking giants over independent family farmers. That’s not how our economy is supposed to work.”

For more than 20 years, SRAP has served as a mobilizing force to help communities protect themselves from the damages caused by industrial livestock operations and to advocate for a food system built on regenerative practices, justice, democracy, and resilience.
Our team includes technical experts, independent family farmers, and rural residents who have faced the threats of factory farms in their communities. When asked for help, SRAP offers free support, providing communities with the knowledge and skills to protect their right to clean water, air, and soil and to a healthy, just, and vibrant future. Learn more at sraproject.org.
View the full brief here.

Organizations signing onto the brief are: