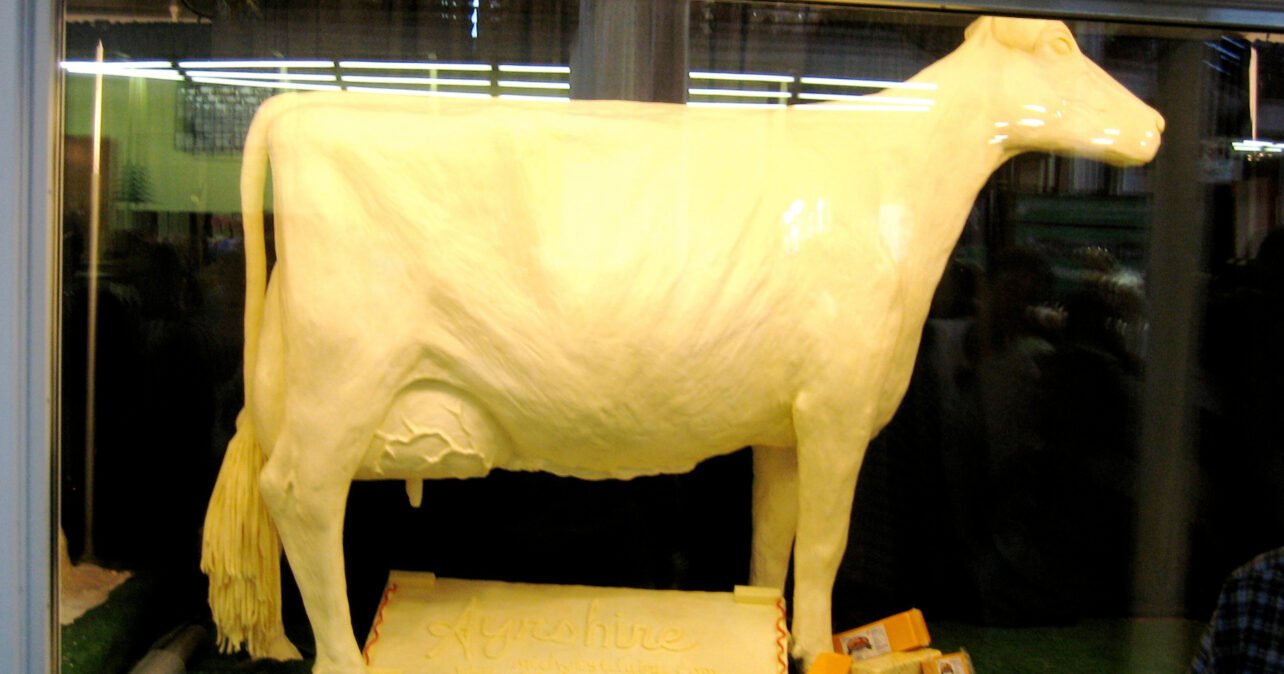 A well-placed ad and a planned press conference were part of the efforts of the neighborhood group. Representing six other neighborhood families, Lyon’s son, Eric Lyon, placed an ad in their local shopper.

It called out Iowa Select, saying:

These efforts changed everything.

Lyon, Iowa’s “Butter Cow Lady,” is nationally famous for the life-size butter sculptures she created during a 46-year career. She was the first woman to sculpt butter cows at the Iowa State Fair, which were featured yearly and drew large crowds.

Lyon created her sculptures at Lyon Dairy, the family’s farm, where tours were held.

Iowa Select tried to build its 5,000-head hog factory just 2,700 feet away from the farm, a site the family is considering turning into a bed and breakfast and a small museum.

The same day Iowa Select learned about the press conference—and within hours of being granted a permit by the Iowa Department of Natural Resources—Iowa Select withdrew its application.

This win for the community demonstrates what can be done when neighbors work together and don’t give up. These neighbors reached out to SRAP, and with Iowa Citizens for Community Improvement (Iowa CCI), we provided informational guidance and support that enabled them to successfully develop an effective public pressure strategy.”

Nothing would have happened if we didn’t organize. It’s so vital to say what is needed. We wouldn’t have known what to do without SRAP. You never know what you need to say, so say everything and hope something sticks.”

We applaud the courage and tenacity shown by Tama County residents in this fight. We hope this inspires more people around the state to organize to protect their communities from factory farms.”

Our team includes technical experts, independent family farmers, and rural residents who have faced the threats of factory farms in their communities. When asked for help, SRAP offers free support, providing communities with the knowledge and skills to protect their right to clean water, air, and soil and to a healthy, just, and vibrant future. Learn more at: sraproject.org.

Iowa CCI members create change through grassroots organizing, educating, and mobilizing on issues that impact our communities the most. Together, we work to put people and planet first by stopping factory farms, ending racist policing and anti-immigrant legislation, and winning bold action on climate change, healthcare, and clean water for everyone.  Learn more at: iowacci.org