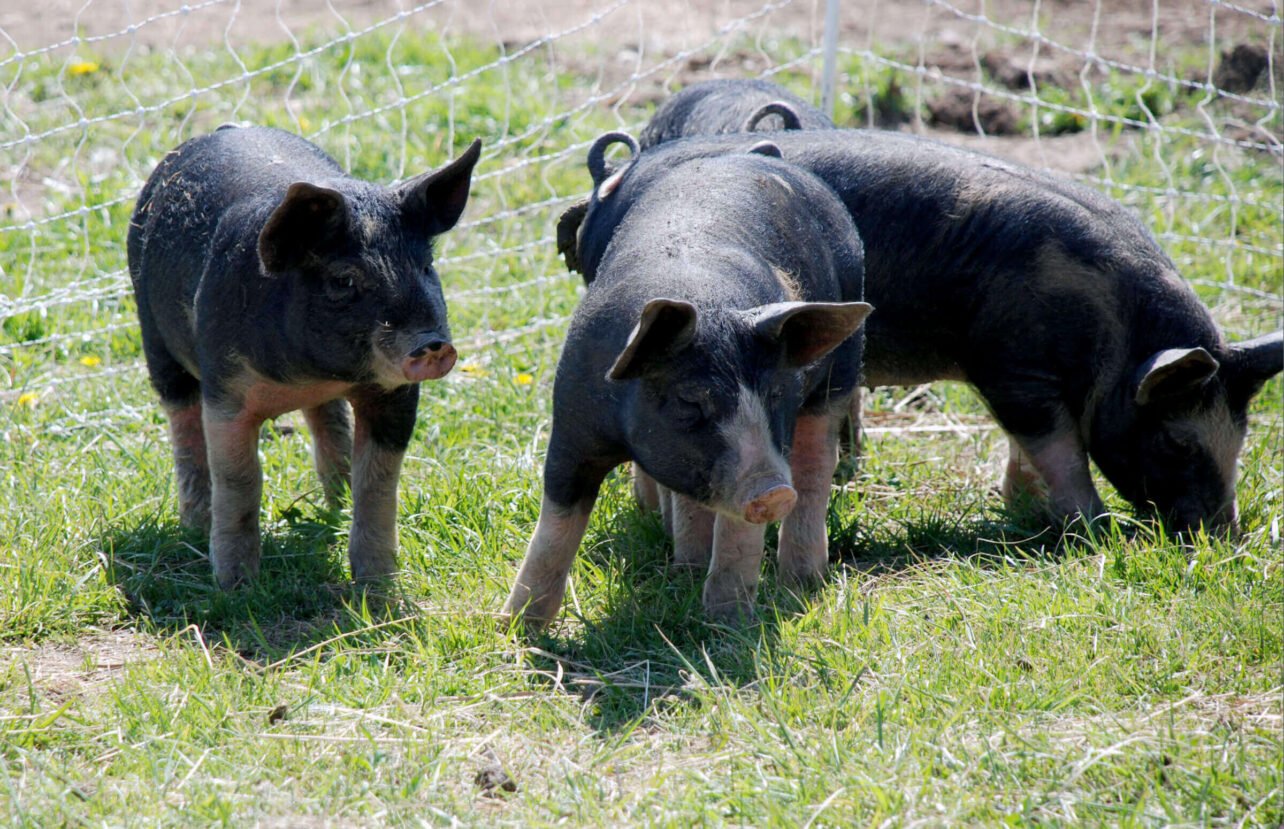 Years before she helped defeat a mega-dairy factory farm slated for just outside her rural Illinois community, Cindy Bonnett ran a large hog farm where the pigs were kept in confinement. Bonnett and her husband raised about 1,500 pigs in a converted dairy barn owned by their father-in-law, the couple drawn to large-scale farming by economic incentives and agricultural trends.

It wasn’t long before Cindy started having nightmares about the hog house. She dreamed about somebody falling through a broken slat into the pit below or the generator failing during a power blackout, leading the fans to shut down and a suffocating, noxious haze to fill the hog barn.

I had a lot of nightmares, I had a lot of anxiety. I didn’t like the smell, the flies. It got really bad, where you couldn’t get it out of your hair or your clothes. 

Bonnet noticed she was getting sick more often and went to the doctor’s office for a checkup. She got an x-ray and was told her lungs looked those of a smoker. Bonnet, having never smoked a cigarette in her life, knew right away the lung damage came from breathing in the dust and fumes of the hog operation for 23 years, starting in the mid 1970s.

Given the health issues and the the stress of running the operation, plus having a son who was going off to college, the Bonnets decided to take a break and sold their sows in 1999. They’re grain farmers now, growing corn, beans, alfalfa, grass and oats.

It was in 2007 when rumors started to go around town of a megadairy operation coming to Jo Daviess County. Through a series of meetings, the community came together to figure out how to stop the factory farm from moving in. They formed a group called Helping Others Maintain Environmental Standards (HOMES) and began holding regular informational meetings.

The group wasn’t just local farmers or those in the agricultural community. There were about 30 or 40 community members ranging from businessmen to pastors, health professionals to college professors, and everyone you could imagine.

The best way to fight these things is to get organized. Use the resources in your group. We had people that were good at organizing meetings, people who were good at speaking, and a science teacher. 

The fight would go on for years, and there was not a day that went by, according to Bonnet, where she did not think about the potential damage the industrial dairy operation could bring. The community began to splinter into factions, and many farmers opposed to the mega-dairy operation were threatened with lawsuits, causing some to withdraw support from HOMES.

What’s usually left is those who are not afraid. They figure, ˜If it did come in, it’s going to ruin me anyway, and I’m going to to have to leave, so we might as well fight it.’ 

In February of 2008, the Jo Daviess County Board voted 11-5 to deny a permit to both of the planned 5,500-head facilities, which were being proposed by mega-dairy owner A.J. Bos of California. Despite the vote, Bos invested $9 million into the project.

A state agency issued a construction permit for one of the facilities, ignoring consensus among environmental professionals that the land proposed for the site was not fit for the operation and that the operation would lead to the widespread contamination of surface water. HOMES moves to file a lawsuit and do everything it could to prevent the megadairy from moving in permanently.

Members of HOMES monitoring the proposed megadairy site noticed a large corn pile that had been stocked in anticipation of incoming cows, which began to leach out of the pond meant to contain the juices. The feed was cut too early and was absorbing moisture from heavier-than-usual rains. It began to leach into a nearby streams. Residents took pictures and notified local government.

A photo provided by HOMES shows the river that turned purple from leechate.

In 2010, so much leachate ran into the stream that the water turned purple. The purple river incident was key to the case built by the Illinois Attorney General and the two sides reached an agreement to shut down the site before it ever reached full operation.

In hindsight, the worst thing about the ordeal was how the fight over the mega-dairy split the community in two. A lot of the time it was families versus families and neighbors versus neighbors, and to me that was just devastating.

We’re slowly healing, we’re slowly saying ˜Hi’ to the people that were upset with us, because they realize what (Bos) did. They keep telling us, ‘Those people lied to us.’

Bonnet still spends much of her time advocating for responsible agriculture. She attends festivals and educates the public through a game called Spin the Wheel,  a true-or-false trivia game with prize rewards.

You can tell communities are going more towards wanting to know where their food comes from. They want to eat healthier and they want to support their communities any way that they can, so they don’t die out. 

She said the next generation wants to eat well and root out corruption in government that encourages unsustainable farming practices to continue.

To me, that gives me hope. When I have grandchildren, I hope they have a lot better future than what it looks like right now.  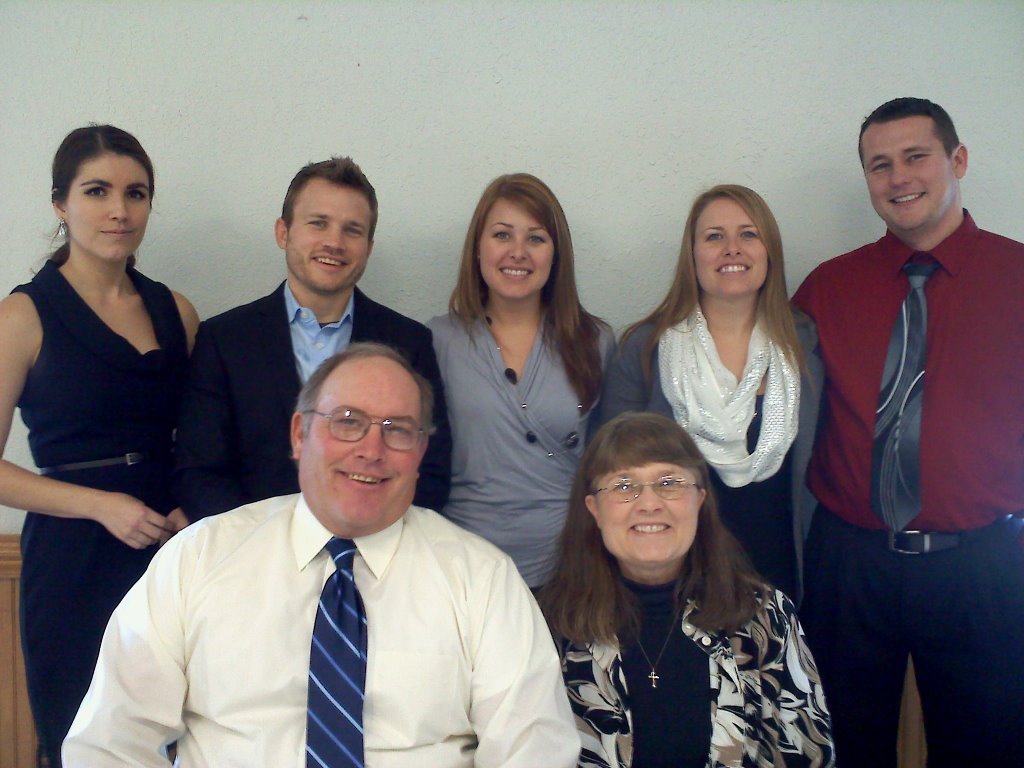 Cindy Bonnet and her husband Dan with their son, son-in-law and three daughters.