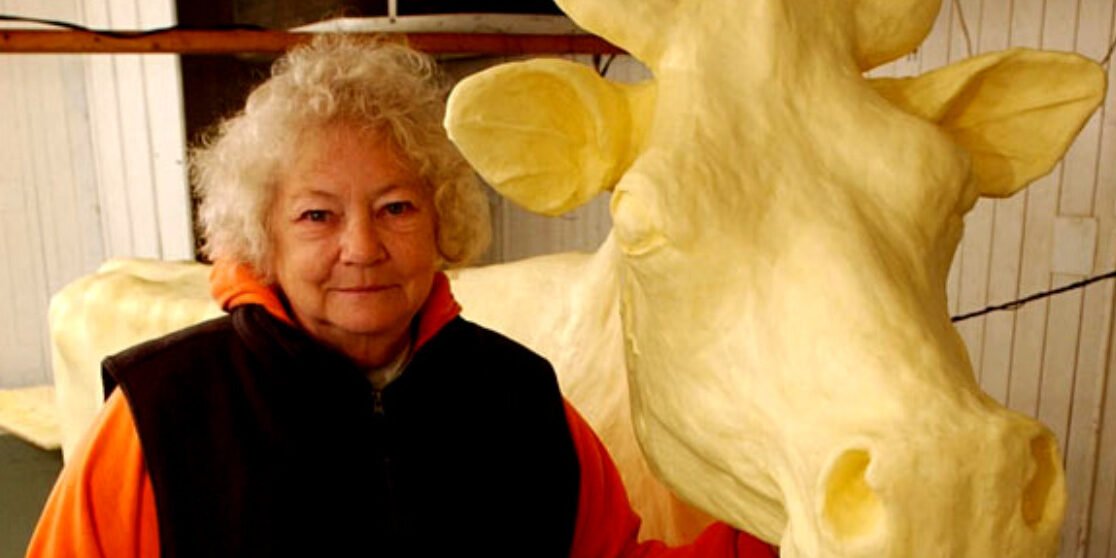 While CAFOs aren’t easy to stop in Iowa, local residents from Tama County showed that it can be done with some grit, determination, persistence—and most importantly—public pressure.

This year, Iowa Select, the state’s largest CAFO integrator, proposed a 5,000-head hog confinement in Toledo, Iowa. The proposed facility would have set up shop within three-fourths of a mile of eight families, most of whom live on century-owned farms.

Among those families includes Eric Lyon, owner of the homestead of Iowa’s beloved “Butter Cow Lady,” the late Norma Lyon.

Iowa Select planned to purchase five acres of land from a local farmer to put up two adjacent buildings.

Residents who owned land neighboring the proposed site, learned about the permit application just one week prior to a public hearing with Tama County officials on April 25.

That left locals with little time to prepare.

SRAP helps communities protect themselves from the damages caused by industrial livestock operations. When asked for help, SRAP offers free support, providing communities with the knowledge and skills to protect their right to clean water, air, and soil and to a healthy, just, and vibrant future.

A number of local residents attended the hearing. Iowa Select sent four representatives to address their concerns, which included unwanted odors and anger about the fact that they hadn’t been given ample notice of the proposed hog farm.

“I understand what your concern is. I don’t want this to sound bad, but if we asked the neighbors before we ever placed a site, do you know how many buildings we would build? None!”

While the permit was being reviewed by the Iowa Department of Natural Resources (DNR), Chris Petersen, SRAP senior regional representative, and Diane Rosenberg, SRAP consultant, worked with the group that formed. It included Woebeter and her husband Pete, and Lyon and his wife Terry, all of whom reside within half a mile of the proposed hog facility.

After realizing there were no regulatory grounds on which to challenge the DNR’s permit, SRAP helped the community members develop a strategy to take their concerns public.

Because Iowa Select is known for shying away from negative publicity, the Lyons decided to apply pressure by placing a sizable ad in the local shopper.

He then sent the clipping to Iowa Select’s corporate headquarters letting them know it was published by Lyon, son of Iowa’s famous “Butter Cow Lady.”

The late Norma is nationally famous for the life-size butter sculptures she created during a 46-year career. She was the first woman to sculpt butter cows at the Iowa State Fair, which were featured yearly and drew large crowds. 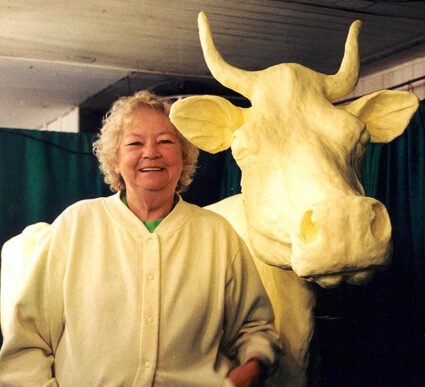 Norma created her sculptures at Lyon Dairy, the family’s dairy farm, which held tours for the public.

Iowa Select tried to build its 5,000-head hog factory just 2,700 feet away from the farm, a site the family is considering turning into a bed and breakfast and a small museum.

There’s no doubt that Norma is an Iowa treasure. Three bronze cow and calf statues are being dedicated in her honor this year: the first in Toledo on May 27, and the others later in the year at the Iowa State Fair and Iowa State University.

After learning about the ad, Jen Sorenson, Iowa Select’s communications director, immediately contacted Lyon, offering to set up a meeting with locals including the landowner selling the property.

Everyone was thrown for a loop, however; when Iowa Select changed its tune and requested individual meetings with concerned community members—a tactic designed to weaken opposition from the community.

But the community didn’t bite.

Instead, the group forged ahead with a plan to stage a press conference and invite statewide media in an effort to let the public know Iowa Select’s plans to build a CAFO near the homestead of the famous “Butter Cow Lady.”

After getting wind of the press conference, Iowa Select withdrew its application the same day, just hours after having received approval from the DNR for the construction permit.

The community members breathed a huge sigh of relief, grateful their determination, creativity, and persistence had paid off.

They had successfully fought off an industrial-sized animal operation that would have polluted the communities’ air and water, damaged public health, and threatened the quality of life for nearby residents.

In a phone call about the victory, community member Woebter told Rosenberg:

“Nothing would have happened if we didn’t organize. It’s so vital to say what’s needed. We wouldn’t have known what to do without SRAP. You never know what you need to say, so, say everything and hope something sticks.”

“Not only do these factories make poor neighbors, but they destroy rural residents’ quality of life and extract wealth from rural communities.”

It’s not easy to stop a CAFO from being built in Iowa. But as shown in this case, anything is possible when communities unite.

If your community is facing a factory farm, please complete this form or call (503) 362-8303 for free assistance.