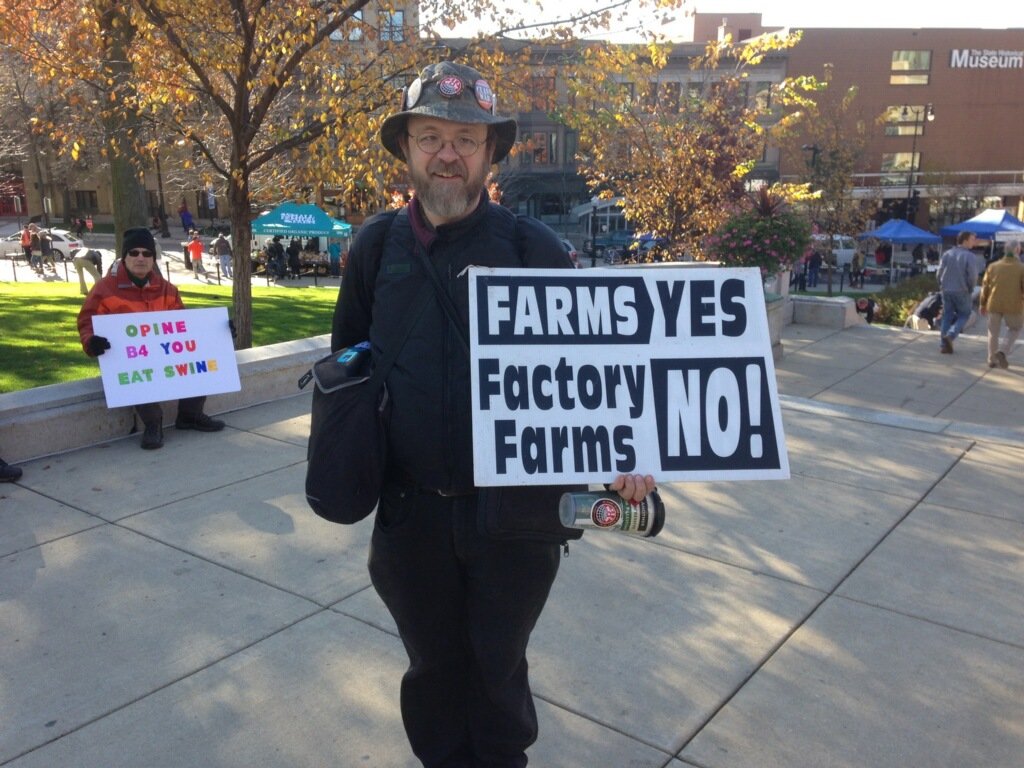 SALEM, OR OCTOBER 6, 2017 Socially Responsible Agricultural Project (SRAP) is pleased to report an announcement by Iowa’s Department of Natural Resources (DNR) that Iowa Select, the state’s   largest hog corporation, has withdrawn a 7,500-head sow industrial animal operation application. The corporation’s pull-out from the massive Wayne County project occurred just ahead of an Environmental Protection Commission hearing scheduled for this month.

SRAP is heartened by the all-too-rare news and is pleased to have worked in partnership with Iowa Citizens for Community Improvement (CCI) and local citizens in Wayne County in securing this meaningful win for Iowa’s public health, environment and local family farmers.

According to an email submitted to the DNR by Iowa Select attorney Michael Blaser, the corporation withdrew the application after it was determined that adequate water access and availability could not be guaranteed and, if identified, would likely be cost prohibitive.

However, it was the work of SRAP organizer Diane Rosenberg that led to the discovery that a waterway east of the CAFO that the DNR had deemed a gully in need of re-grading was actually a Waters of the United States (WOTUS) resource — a designation by the Federal government that supports protection of the health and safety of public waters across the nation. The proposed Iowa Select site was less than the required 500-foot separation distance away from the waterway. The discovery was confirmed by the Army Corps of Engineers leading the DNR to inform Iowa Select they needed a wetland determination and an Army Corps of Engineers 404 authorization and permit.

We found an enforceable fact about the project that made all the difference,  said SRAP’s Rosenberg. When so much is at-stake, the details matter even more. I’m thrilled with the outcome and relieved for local residents. 

The discovery of the waterway, additional permit requirements and public pressure by the citizens of Wayne County all likely contributed to Iowa Select’s decision to withdraw their application.

Very good news for Iowans that SRAP is happy to report. Yet the state continues to lead the nation in the number of CAFOs, as evidenced by the finding reported last month that satellite images show Iowa has an astonishing 5,000 more industrial animal operations than   was previously known by the DNR.