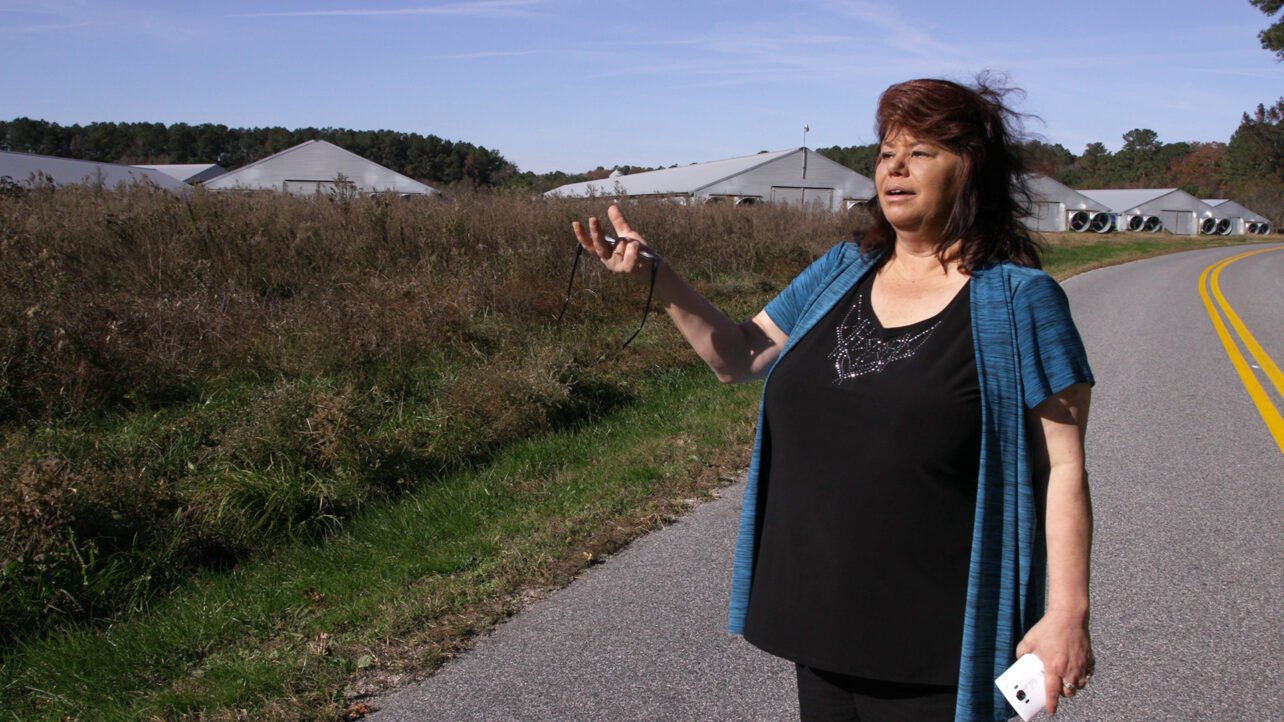 Socially Responsible Agriculture Project (SRAP) is pleased to announce that a short investigative documentary, Virus on the Poultry Line, made by Al-Jazeera for their Fault Lines television series was recently nominated for a 2020 Emmy Award in the Outstanding Business, Consumer or Economic Coverage category.

In the early months of the pandemic, meatpacking plants emerged as deadly hot spots for COVID-19. In Virus on the Poultry Line, the Fault Lines investigative team follows meatpacking workers and families who lost loved ones to the virus and takes a close look at the sacrifices made by workers to keep poultry plants open.

In the documentary, poultry workers describe conditions that made physical distancing impossible and speak about the sheer disregard for the health and safety of workers by poultry corporations. The investigation also reveals the shocking failure of federal regulators to enforce rules to protect the safety of workers.

Fault Lines worked with Maria Payan, Senior Regional Representative at SRAP, to document the plight of workers at a Mountaire poultry processing plant in a low-income, primarily Latino and Black community in rural Delaware, as well as the stories of other communities affected by poultry processing plants across the Delmarva region.

Over the past few years, Maria has been instrumental in exposing repeated waste disposal violations by Mountaire and an alarming prevalence of serious health problems and deaths in the community neighboring the poultry facility. Thanks largely to Maria’s early efforts, Mountaire settled two civil suits with residents; one for $65M earlier this year and another for an undisclosed amount in 2020. Mountaire was also ordered to make waste management upgrades worth millions of dollars to prevent further pollution.

Virus on the Poultry Line brings much-needed attention to the plight of workers in the poultry industry – most of whom are migrants and/or people of color. SRAP is excited that this important documentary is receiving well-deserved recognition and wishes the Fault Lines team the very best of luck at this year’s Emmy Awards ceremony.

The video can be viewed below. The accompanying Al-Jazeera interactive article can be read here.