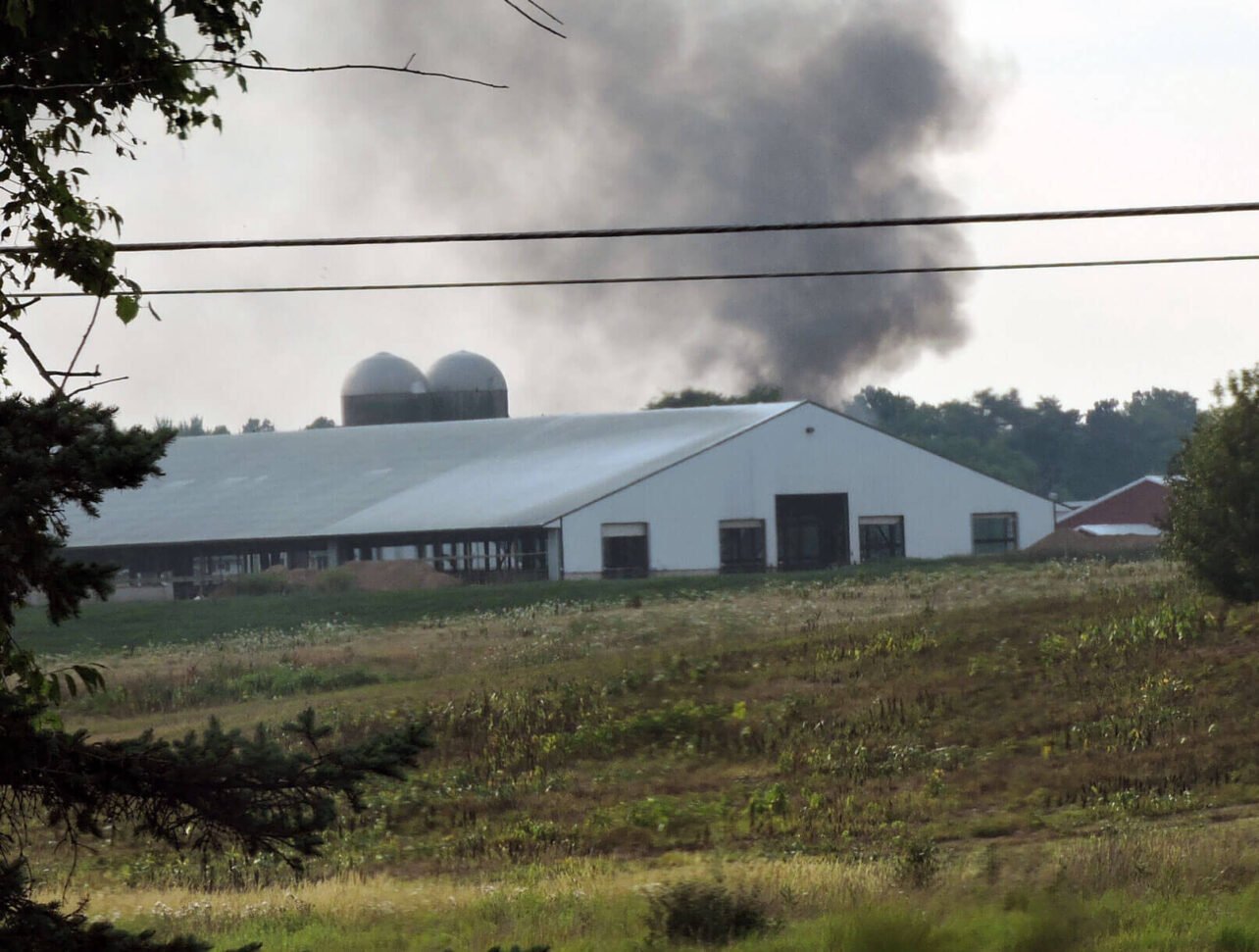 Did You Have Flies for your 4th of July?

For many people across America, the days leading up to the 4th of July were filled with actively planning their holiday in anticipation of family, parades, and BBQs. The flower baskets were hung, and the flag buntings draped porches. Flagpoles lined main streets, and potato salad, grill-ables and lemonade awaited family and friends to arrive.

For most of us, summer is a time of great anticipation. It’s a celebration of the outdoors, family, and friends. However, for those who share their communities with a factory farm, summer is a time that comes with dread.

With the increasing temperatures, the noxious impact of factory farms intensifies. Manure lagoons are emptied and resulting odors oppress those living nearby. The toxic gases make it mostly impossible for folks to go outside or even open their windows at night. The rendering trucks can’t come fast enough to empty the dead boxes  of carcasses that are left to bloat in the sun and heat. As a result, pestilence becomes an increasing problem with flies multiplying at unimaginable rates, invading neighboring homes,  like what is happening to rural residents in Collomsville, Pennsylvania. 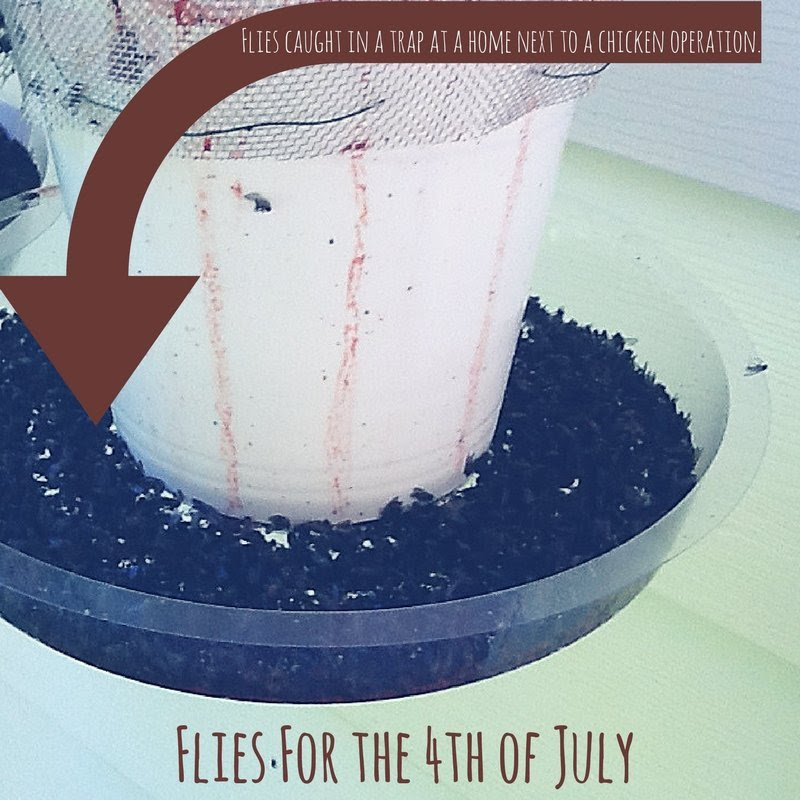 Factory farms make summer life for those living nearby a miserable existence. For us at SRAP, this means that we routinely see a massive uptick in calls into our SOS hotline during the summer months. So far the summer of 2017 seems to be no different.

This past month we have received calls for help from South Dakota, Idaho, Michigan, Maryland, Ohio, South Carolina, Texas, and Delaware with rural residents and farmers concerned about industrial-scale hogs, broiler chickens, and a factory dairy operation attempting to invade their communities.  You can learn more about 5,000 hogs looking to move into Concord, Michigan here.

With every new factory farm case that comes into our hotline, we see the birth of a newly committed community of fed-up residents and activists committed to protecting their homes, their local air, and their water, standing up for family farms and against the injustice of the factory farming system. We continue to be inspired and heartened by citizens who stand up against corporate greed and injustice. For example,  Citizens in Yankton, South Dakota, have been fighting conditional use permits for seven hog confinements. On the eastern shore of Maryland, residents spent their free evenings last week  learning about water monitoring  from SRAP’s Lynn Henning in what would end up being a five-meeting, three-state tour.

Our team continues to work hard and our work is getting some attention. For example, North Carolina SRAPer Genell Pridgen was named one of  22 Women Fighting for Food System Change  by Food Tank. Genell  wrote a letter to President Trump asking him to drain the “Big Meat Swamp.”  Iowa SRAPer and hog farmer Chris Petersen was also out and about,  speaking about factory farms  in Dodge County, Minnesota. Other team members have been using the summer months to hit the road to connect with communities in crisis.

If you are fortunate enough not to live near a factory farm, one way you can support those who do is to ensure that you source your BBQ ingredients from responsible farmers, who treat their animals humanely while contributing to the health and viability of their local communities and neighbors. Try looking for products that are certified  Animal Welfare Approved. You can search for these products  here.

P.S. Did you happen to catch that Egg Executives Jack and Peter Decoster have been ordered to report to prison because of their company’s 2010 Salmonella outbreak?  Read the full story here.

P.P.S. If you’re interested in seeing specific issues covered in our newsletter, send your suggestions to  news@sraproject.org. You can read previous issues of our newsletter  here. 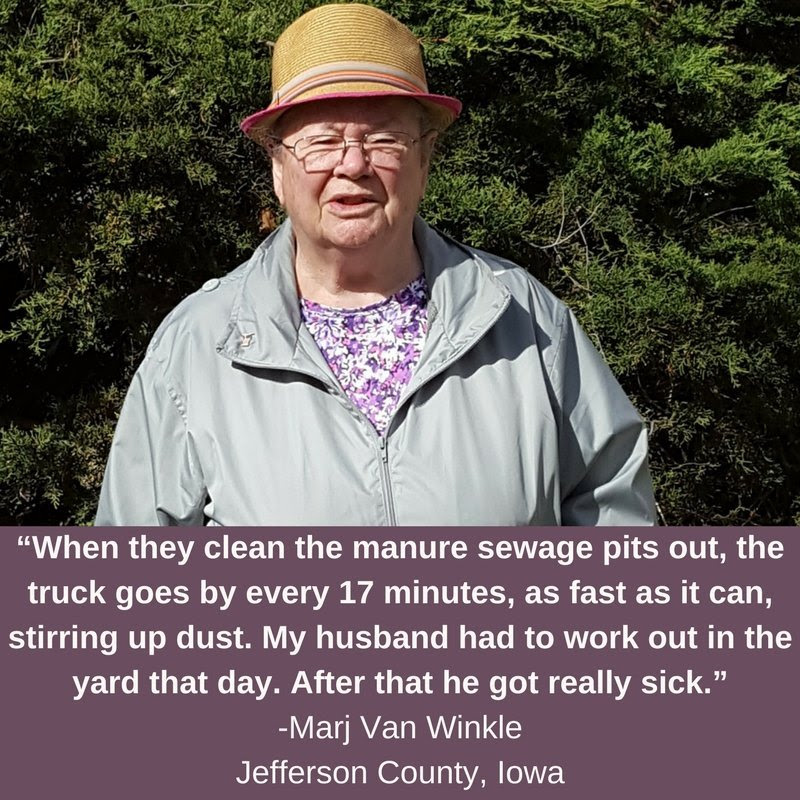 Marj, 77, and her husband Lyle, 83, have farmed 160 acres in Jefferson County, Iowa, for half a century – just a mile from the industrial hog operation-saturated Washington County border. They inherited the land from Lyle’s parents back in 1957. In addition to raising two daughters, they also raised corn, soybeans, and a small herd of pigs, as did many of their neighbors in the area. Hogs were a part of everyday family farming life. That is until livestock production consolidated into fewer and larger corporate operations in the 1990s, leaving virtually every small local farmer without a market.Change had come to southeastern Iowa.

As a school bus driver for 38 years, Marj witnessed how Iowa agriculture transitioned from traditional family farms to industrial animal production along her route through Washington, Jefferson, and Henry counties. Long metal barn after long metal barn popped up across the countryside. Each sprawling barn housed hundreds to thousands of screaming swine, and each generated thousands of gallons of manure that would be spread on the area’s cropland. The noise, the foul smelling air, and the increased truck traffic on rural roads was beginning to create unnerving changes in the community. And the harsh reality for Marj and Lyle was that these massive operations were creeping closer and closer to their home and farm.

The thing is, some of these hoggers we see here today running these industrial farms that are making life miserable were kids I used to drive to school.  Eliza the Pig  tells the story of a hog confinement’s impact on its local community as seen through the eyes of a pasture-raised pig. It highlights the joys of traditional farm life as well as the chaos that a new CAFO brings to its neighbors. We recommend this book for children and adults alike!

“Located in the heart of Nebraska, Joel and Angela Manning’s family farm is the only home Eliza has ever known. The black Berkshire pig lives on the spacious property with plenty of other animals by her side, including other hogs, dairy cows, cattle, and chickens.

For the most part, life on the Manning farm is pleasant. Well, except for dealing with the bad behavior of another pig named Carrie. Carrie is never happy with anyone or anything and is determined to take down Farmer Joel ”while being a bully to all the other animals.

But when a hog confinement moves in nearby, Eliza finds herself with even more serious problems to worry about. The cruel facility is creating a terrible stench and attracting huge numbers of flies.

When Joel and Angela decide to protest the conditions of the confinement, their choice creates a rift that splits the town in two ”and could have major consequences for the humans and animals of the farm alike.

Eliza the Pig  is an animal-driven tale of life on a small farm, showcasing the importance of family, friendship, and standing up for what’s right.” 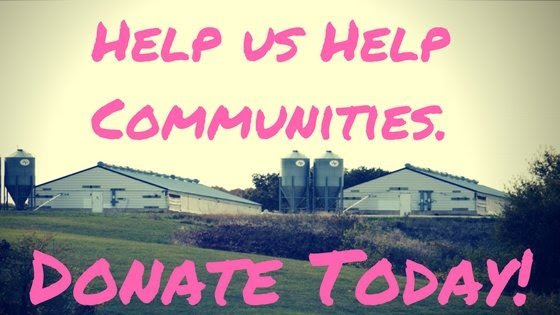