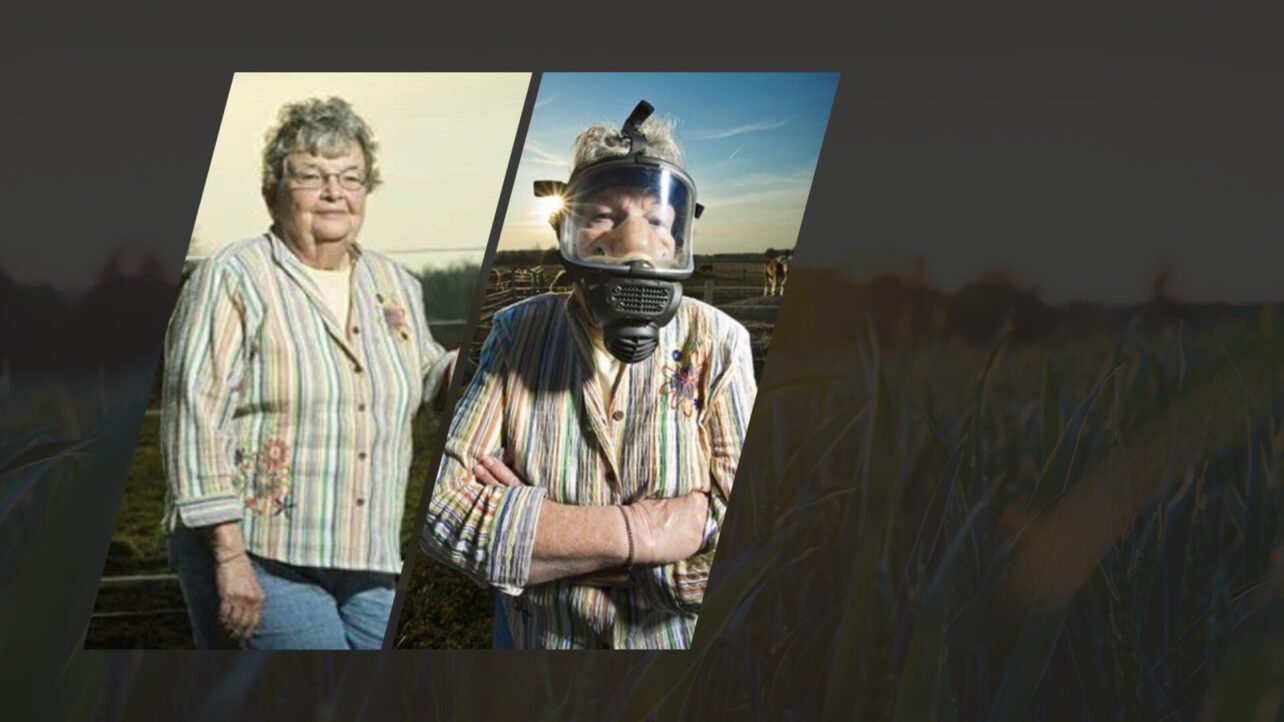 Retired nurse Barbara Sha Cox was looking forward to a quiet, easy life on her Indiana farm with her husband when she first learned in 2003 the operators of a 2,000-head dairy had its sights set on a location near her land.

Without hesitation, she jumped into action, learning everything she could about how to protect her community from the harmful impacts of the factory dairy farm. It was only the start of a journey that led her to help communities throughout the state, eventually building a 10,000-strong network called Indiana CAFO Watch.

Barbara’s passion and leadership inspired those around her. Refusing to back down even when facing threats to her and her family, she demonstrated true grit.

SRAP is blessed to have had the pleasure of working with Barbara. We are forever grateful for her 10 years of service as a volunteer, and we thank those who have made a donation to SRAP in her name. Barbara was a kind-hearted advocate whose legacy will live on.

Please enjoy these tributes from those whom Barbara touched:

“Tirelessly fighting on behalf of rural communities, the environment, and public health, Barbara gave her time, her knowledge, her energy, and her experiences—until the very end. Her legacy lives on in the relationships she built, the legislation she influenced, and the people she inspired to never quit. Those of us who were lucky enough to know and learn from her feel the loss of her life deeply, in our personal lives and in the fight for a socially responsible agriculture system. She lives on with us in spirit. We will continue this important work in honor of her and because of her.” —Sherri Dugger, executive director, SRAP

“Barbara Sha Cox was a force of nature, and she is an example to us all of what can be accomplished when human rights are defended over corporate greed. Barbara fought for a more just Indiana, and she has inspired me to do the same.” —Julie Lowe, executive committee chair, Hoosier Chapter, Sierra Club

“Barbara was a very special and caring person. I enjoyed many years of working with her and seeing the dedication to those who worked and touched base with her. She was one-of-a-kind and will be truly missed by me and all those who knew her.” —Terry Spence, former executive director, SRAP

“I had the privilege of working with Barbara Cox in the fight against CAFOs in Indiana. Barbara was an inspirational leader who was always available to assist folks in their hour of need, such as the nightmare realization of the CAFO as their new undesired neighbor. Barbara was also very courageous in the face of threats to her and her family from anonymous individuals who did not appreciate her efforts to hold agricultural interests accountable. While her work in Indiana was not finished, she was enormously influential in pushing environmental regulators in Indiana to adopt and enforce more rigorous standards to protect rural communities. The people and environment of Indiana benefited greatly from Barbara’s tireless efforts. I’ve been involved with volunteer environmental work through the Sierra Club in Indiana and in Ohio. I learned a lot from Barbara and will always remember her for her energy and courage.” —Charles Mitch, volunteer, Sierra Club

“Barbara was a lovable warrior who was about as savvy as anyone I have ever encountered. It was an honor to work beside her.” —Craig Watts, director, Contract Grower Transition Program, SRAP

“There are so many of us in Indiana absolutely beside ourselves at Barbara’s passing. She was a phenomenal person, tireless and dedicated to the cause of educating everyone she met about the tragedy of CAFOs in modern agriculture. Barbara was, as they say, the salt of the earth. She educated herself about CAFOs, but didn’t keep that knowledge to herself. Barbara was always willing to share what she knew with anyone who would listen, and encouraged them not to take her word for it, but to do their own research. While she will be sorely and sadly missed, Barbara’s legacy will live with us and the many others she has touched through the decades.” —Jennifer McNealy, community member, friend, and benefactor of Barbara’s wisdom

“I met Barbara Cox in 2004 when I started working on the Union Go Dairy project in Randolph County, Indiana. We spent the better part of a decade chasing a dozen Vreba-Hoff dairy expansions throughout the state, as well as hog, turkey, and egg layer CAFOs. Barbara was a firecracker, a force to be reckoned with. She was a tireless champion and an honest friend. My heart goes out to her dear husband, Dan, who was by her side during the thousands of miles she traveled in every county in Indiana. He battled an impossible battle with cancer with his mighty warrior nurse, Barbara, and lived to see this day. It has been my honor and privilege to know and work with her all these years.” —Kathy J. Martin, Martin Environmental Services

“Barbara was a force of nature. A natural leader, she led by example with her determination and her persistence. Barbara was tough as nails when needed, but always full of love. A nurse, and a fighter. Because it takes both to nurture and defend a rural community fighting a factory farm. Everyone who worked with Barbara on issues of importance to rural America is a better person from that experience. Everyone will miss her keen insights, her grit, and her sense of humor. Some holes in life can only be filled by memories. Barbara left us a lot of memories.” —Scott Dye, research & reports specialist, SRAP

“Barbara was a farmer and a hero. She endlessly educated everyone on the impacts of CAFOs. Her legacy will live on.” —Lynn Henning, director, Water Rangers Program, SRAP

“Such a role model! Barbara Sha was a tireless advocate for the environment and responsible farming in Indiana. She maintained the energy common in a 20-something year-old right into her senior years. We marveled at her ability to be at the State House, or picking up Dr. Ikerd at the airport, or meeting with us in Columbus and driving two hours home late at night. Of course, her trusty chauffeur and husband, Dan Cox, gets many kudos as well! Sometimes, she did all of the above in a single day! We will miss her enthusiasm and hard work.” —John and Kate O’Halloran, friends

“Barbara was a wonderful person who dedicated her life to helping people. When it came to fighting CAFOs, Barbara was a firecracker! She knew the state of Indiana like the back of her hand. If there was a CAFO coming to Indiana, Barbara already knew about it and was most likely taking steps to stop it. She worked hard inspiring communities to stand up for themselves. I always loved the way Barbara took charge and put communities to work right away. One thing Barbara didn’t do was mess around. I used to tease her and say, “go easy on ’em Barbara.” She would laugh and say, “oh, I won’t hurt them. I’m going to help them.” Then in a more stern voice she’d add, “but they are going to have to work hard!” I will miss my conversations with Barbara so much. I’ll miss her laugh. There aren’t enough words to describe how amazing Barbara was. She was an inspiration to us all. I’m honored to say I knew Barbara and she was my friend. She was beautiful inside and out and I’ll miss everything about her.” —Tina Empey, director, Community Support Program, SRAP

“Barbara was tenacious and determined. Every interaction with her was memorable and instructive on how to be an amazing advocate.” —Elisabeth Holmes, senior counsel, SRAP

“Barbara and I met when she led an all-day whirlwind tour of factory farms, public meetings, and media events across Indiana. I left exhausted; Barbara, of course, was unphased. I soon learned that Barbara was a tough woman with an unshakable commitment to helping people, protecting communities, and pursuing justice. What’s most striking though, when I reflect on Barbara’s many years of tireless advocacy, is the generosity, kindness, love, and hope that her efforts demonstrated.” —Chris Hunt, deputy director, SRAP

For more than 20 years, SRAP has served as a mobilizing force to help communities protect themselves from the damages caused by industrial livestock operations and to advocate for a food system built on regenerative practices, justice, democracy, and resilience. Learn more at sraproject.org.