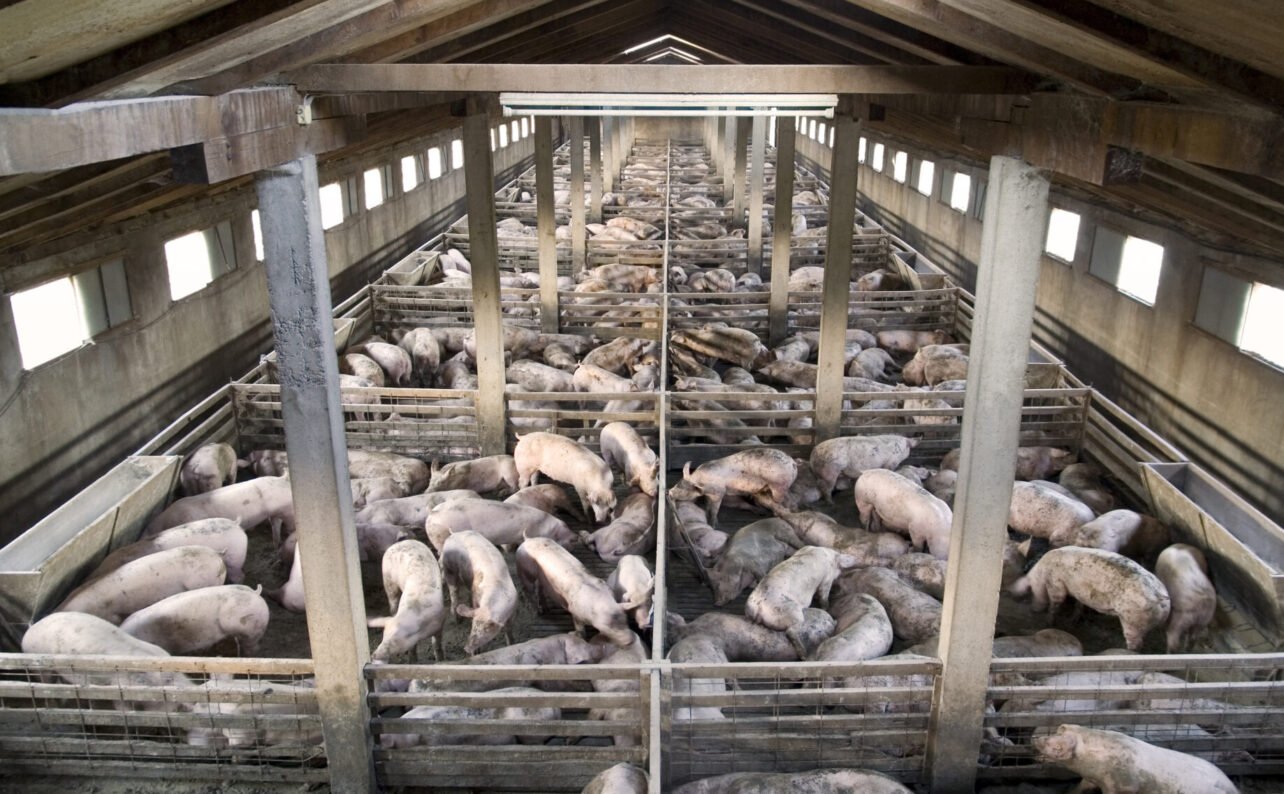 Local, State, and National Groups Criticize the Agency for Issuing a Weak General Operating Permit for a Massive Smithfield Hog Operation; DNR Short-Circuits Its Own Public Stakeholder Process, and Opens the Door to Further Deregulate the State’s Largest Animal Factories

The unexpected move grants a weak, outdated, and generic CAFO permit to one of Smithfield’s largest Class 1A hog confinement facilities—a complex that’s spilled at least 64,000 gallons of hog waste in 17 known incidents, according to DNR compliance and enforcement records.

The DNR’s shocking approval of a 2018 General Permit to the enormous 56-barn complex is a missed opportunity to safeguard public health and the environment by strengthening site-specific pollution control requirements for the South Meadow Complex.

The approval also comes during the DNR’s own six-month public stakeholder meeting process, where numerous public interest groups are actively engaging and providing valuable input on the DNR’s crafting of an updated and stronger General Permit template for the state’s smaller CAFOs.

The DNR’s 2018 General Permit approval misses the opportunity to strengthen the South Meadow Complex’s existing site-specific permit—the appropriate tool to regulate exceptionally large operations and those with a history of violations.

A General Permit is a generic “one-size-fits-all” permit with minimal monitoring requirements that can be issued to a CAFO of any species. The state’s largest CAFOs, such as South Meadows, have previously been issued stronger site-specific operating permits with more robust monitoring requirements that are specific to the type of animals at the CAFO, and the unique geological and hydrological features of the facility.

The state’s largest CAFOs currently operating with site-specific permits are massive hog and egg production facilities using liquefied waste systems, many of which have a history of documented spills and operational problems.

“After years of regular engagement with DNR by public interest organizations, and other concerned citizens about the health, safety, environmental, and economic impacts of CAFOs on Missourians, we are disappointed that DNR granted a General Permit for an operation this large. It is hard to trust that DNR has any intention to issue another site-specific permit in Missouri if it is willing to issue the weaker General Permit to a facility that has a history of violations and poses significant concerns for Missouri’s people and their environment.”

Not only did the DNR issue a weak General Permit to Smithfield’s South Meadows Complex—which confines more than 50,000 hogs and generates more than 50 million gallons of liquefied waste annually—the policy change by the agency opens the door for all of the state’s largest CAFOs to apply for General Permits, one of the weakest permits offered to Missouri’s expanding industrial animal agriculture monopoly.

“Once again, the DNR has capitulated to the industrial animal industry’s wishes, and broken trust with the very people the agency is charged with protecting.”

The DNR’s latest regulatory failure comes on the heels of SRAP’s recent report, The Rap Sheet on Smithfield’s Industrial Hog Facilities in Missouri, which documents 560 known spills of hog waste totaling more than 5 million gallons at Smithfield’s 11 largest Class 1A confinement complexes over the last 30 years, including the South Meadows Complex.

“The DNR’s job is to protect people and the environment. CAFOs pose a serious threat to both. Though the agency has postured itself as open to public input, its hypocritical actions speak otherwise. Missourians deserve not only the right to engage in such important decision-making processes, but also a DNR that effectively does its job. We hope the DNR reconsiders its position on weakening protections from chronic corporate polluters.”

Our team includes technical experts, independent family farmers, and rural residents who have faced the threats of factory farms in their communities. When asked for help, SRAP offers free support, providing communities with the knowledge and skills to protect their right to clean water, air, and soil and to a healthy, just, and vibrant future. Learn more at sraproject.org.

About Missouri Coalition for the Environment

Missouri Coalition for the Environment Is Missouri’s independent, citizens’ environmental organization for clean water, clean air, clean energy, and a healthy environment. We are a trusted, non-partisan, 501(c)(3) state-level environmental advocacy organization, an informed educator, a passionate advocate, and a state-wide partner supporting allied organizations and initiatives around the state. We deliver vital information to thousands of Missourians on issues that affect our water, air, food, health, and environment. Learn more at moenvironment.org.

About Missouri Chapter of the Sierra Club

The Missouri Chapter of the Sierra Club is over 40,000 members and supporters strong. We are your friends and neighbors working to build healthy, livable communities, and to conserve and protect our climate and environment. The Missouri Chapter is part of the national Sierra Club, the nation’s largest and most influential grassroots environmental organization. For more information or to become a member, visit Sierraclub.org/missouri.